“My life deserves a soundtrack.”

I keenly remember feeling somewhat amused, wondering if the statement’s author could sound more arrogant. Over time though, I’ve come to realise that everyones’ life does have a soundtrack, of sorts. I could swear that at times, mine does. Granted, there are definitely a few tracks (along with a couple of chapters), I’d like to have skipped. All those emotions linked to specific songs, albums and soundtracks. Don’t deny it. We all do it. It’s inevitable.

The first time my boyfriend heard me sing was only a month or two into our relationship. He’d popped out quickly and I was doing the washing up, in his flat. More glam than it sounds, honest. I had sparkly marigolds and everything.

Expecting him to take longer than he inevitably did, I’d put my phone into the dock and was singing along (do I need to say at the top of my lungs?), with Ms Carter and Mr Cash to the tune of Jackson, courtesy of the shuffle. Completely absorbed by one of my favourite songs and giving it my best country impression, I hadn’t noticed the better half returning and deciding he’d join in. Can you imagine it? We hadn’t quite got to the ‘totally relaxed with one another’ stage and anything slightly embarrassing was amplified, three fold. Wishing the ground had swallowed me whole in that excruciating moment (painful doesn’t come close), the sensation, emotion and memory shall remain with me, always. And still, a year on, whenever I hear Jackson, I have a little cringe. 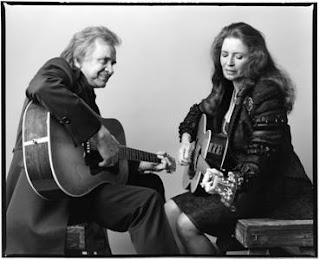 And it’s just that; it’s all about those memories and their triggers. They’re your soundtrack. On the days when we’re feeling low, or elated, or sensitive, or, well, you get the idea. Those moments of acute and intense emotion are often coupled with music; whether it’s background atmospheric accompaniment on the coffee shop radio, a cacophony of sound pouring through traffic jam car windows you pass as you saunter/trot/skip/run/walk down the street, the straining earphones of your fellow commuter or your own source of sound, it’s always there.

It’s not just any music though, it’s the right music. It’s that perfect song when you least expect it. Your X track from X album, when you were studying for X exam and working at X store in X month of X year, sometimes happens to come on just when you need it. That’s what I’m talking about.

More often than not, if we’re picking our own music, the songs for these occasions will be selected quite specifically, depending on the related emotion, momentary passion or a conscious memory. But when you take a chance and trust in the shuffle of the pod, you get a cracker of a track. Of course, you’d never have picked it otherwise. More often than not, you’d pretty much forgotten it existed, until in the start of the opening beat or riff, it all floods back. It’s perfect, it couldn’t be better, even if you had picked it yourself.

What’s even better is that every time it happens, it’s a surprise. We never anticipate how good it can be, but when the melody starts, a foot taps, a heart leaps, a head nods and we generally end up totally immersed in all those feelings we’ve previously connected to. 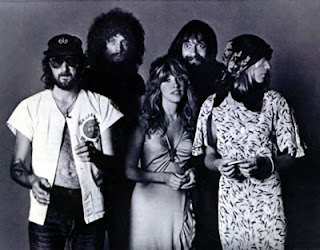 In fact, this article of self-indulgent, whimsical proportions comes to you courtesy of Fleetwood Mac‘s Albatross. A song so unashamedly incredible it makes me weak at the knees with the opening bar. Or at least it used to make my legs turn to jelly, until Marks and Spencer so ruthlessly stole it from me. Yes, that’s right, M&S destroyed that special bond between me and my Albatross. It will never be the same again. However, my little iPod God came to the rescue with subsequent shuffle delights including A Forest and Edge of Seventeen and Pachuca Sunrise and Re: Stacks and Strange and Beautiful and Charlotte Sometimes and Policy of Truth and I’m sure you get the idea.

We forget just how many incredible songs there are, with their soul imprinting bass lines, ethereal vocals and delicious melodies. And then the incredible guitar line comes in.

I’m beginning to believe there is an iPod God (don’t judge me). He’s kind to me, providing me with a plethora of aural delights and has impeccable timing. IPod God, I think I love you.