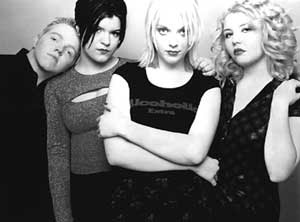 Sometimes it feels as though just looking back at yesterday afternoon is going retro; slipping through a vortex of fuzzy memories tinged with alcohol, bad hair and detrimental friendships. One thing, however, always manages to claw through the gloom of these pallid cold memories, and plant a smile firmly on my face: the music which hangs it all together. Music adheres the snapshots of memory to the pages of the mental photo album. Ask me anything about my early teenage years and I can recall but two things. Gladiators and Britpop.

Whilst worrying over what to contribute to a new blog, I dug out a very old CD copy of Untitled; a compilation of nineties alternative sounds that was to gloriously drag some more fuzzy opaque memories screaming into these electro-synthed days. 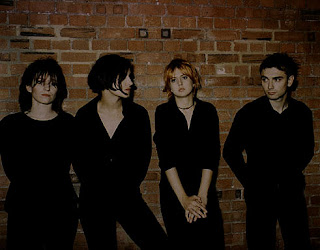 Echobelly, Sleeper, Lush, Elastica, Republica, Sneakerpimps, Tracy Bonham, PJ Harvey, Beth Orton. Feminine pioneers of the nineties. Add a few gracious splashes of Kenickie and the sheer breadth of wonder that was, and still is, Skunk Anansie and I was blissfully floating away in remembrance, trying to recall which bag I‘d shoved my low-slung combats and old NMEs into. These female acts showcased anthemic tunes and iconic voices and snappy lyricism, not to mention providing the foundations for those who’ve so successfully followed.

Sneakerpimps‘ Six Underground still makes me goosepimply, while Lush and Elastica unleashed unbridled passion and attitude. What of these pioneering ladies to ladettes, these alternative forerunners who have influenced the sounds of Lily Allen, The Ting Tings, and co? They’ve done more than influence, it feels like they’ve morphed beautifully into Ladyhawke, Bat for Lashes, and Florence and the Machine. The one band that has made me yearn for some re-runs of TFI Friday are Skunk Anansie. Flicking through the plethora of music channels in my telly box, I caught sigh of Skin, looking not a day older than she did in 1996, screaming like she was gonna tear the place up. The same enthusiasm, passionate drive and amazing voice makes Skunk appear brand new. They don’t feel like an anachronism, she doesn’t feel out of place in the hyper-stylised, hyper-branded present. Skin and Skunk have transcended the nineties to naughties divide that others just couldn’t counter.

Britpop died when the nineties did, but the ladies who carried it and influenced the styles and sounds of the predecessors haven’t. Thank god. I still can’t find those combat trousers. I did find a copy of Smash Hits however. Can’t look myself in the eye.